Extending from the north, via China, down south to Borneo, and then, moving westwards from Papua New Guinea – via the Philippines – to  Bangladesh and India: these images have been selected to show the extent of Japanese expansion prior-to and during WW2. 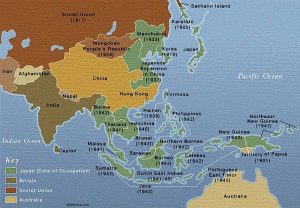 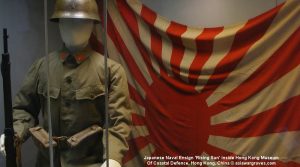 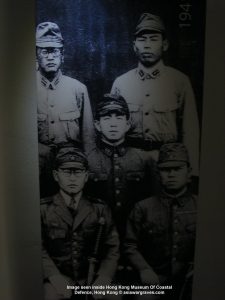 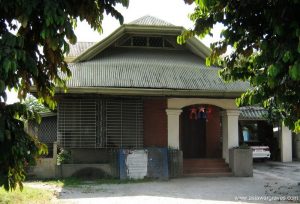 https://www.google.com/maps/@15.2281306,120.5564331,15z. Google road map showing locations for both Kamikaze West Airfield and Kamikaze East Airfield Monuments. Due to the difficulty many people have experienced, in finding there locations, I am publishing 3 maps – all via Google – which will assist them. Both locations are about 5-6kms apart, and, if still experiencing problems, I suggest you seek the services of a local tour guide. 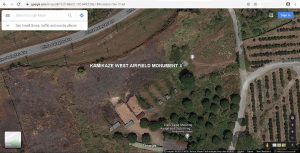 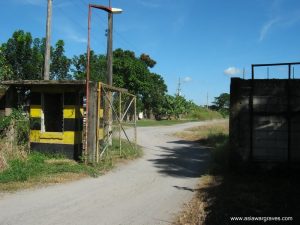 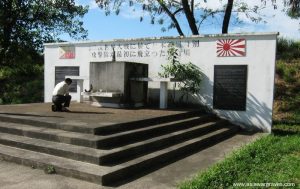 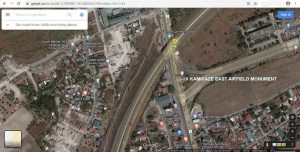 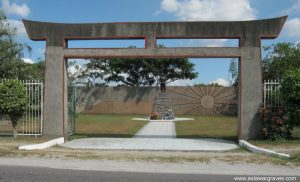 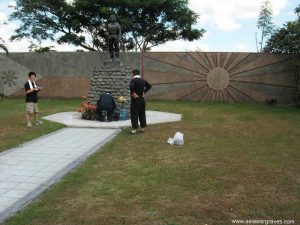 Between October 1944 and mid-August 1945 – and as a direct result of these new tactics – over 45 ships were sunk and damage inflicted on a further 400. The US navy, alone, had suffered 4850 deaths and 4920 wounded. Based on a US Air Force report: Despite radar detection, airborne interception, attrition, and massive anti-aircraft barrages, 14 percent of Kamikazes survived to score a hit on a ship; nearly 8.5 percent of all ships hit by Kamikazes sank.

Like cherry blossoms
In the spring,
Let us fall
Clean and radiant
Inoguchi 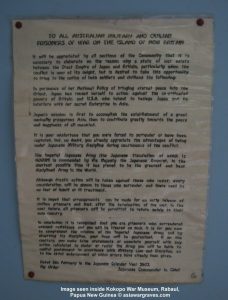 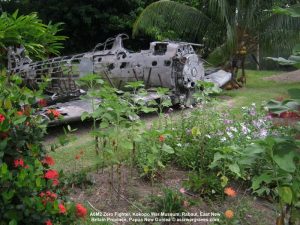 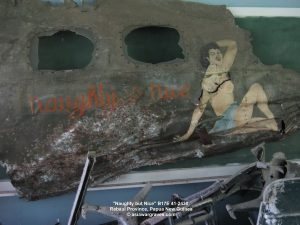 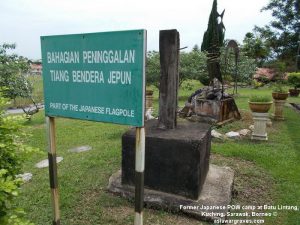 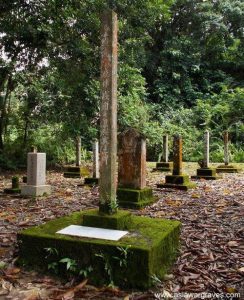 The origin of a monument

During the Second World War when every able-bodied men had enlisted in the Japanese war efforts, a small group of young boys fishermen aged 15-16 volunteered their service to help the country by ferrying food supply to Japanese Troops of the Southern fronts.

These courageous boys were from the fishing port of Yaizu which was famous in Japan for it’s plentiful supply of bonito and tuna fishes.

In their tiny 50 tonnes worn out fishing boats the boys began ferrying food supply to the southern battlefronts.

Towards the end of the war when massive counter attacks by the Americans and the British had cause heavy defeats of the Japanese army, the young Yaizu fishermen took up arms to help defend their country.

The youthful hands which had only held fishing nets and had only been used for making KATUOBUSHI now held guns and firearms.

Between 1942-1945, 81 of the Yaizu boy fishermen lost their lives in the call of their patriotic duty.

On behalf of the war bereaved we held this service to honor and pay our deepest respect for those brave boys and to pray for their eternal peace.
This year of 1991.

Above inscription copied from ceramic plate attached to base of YAIZU Monument, Kuching, Borneo. 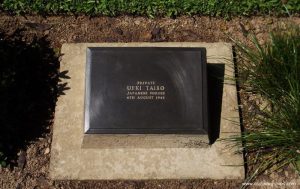 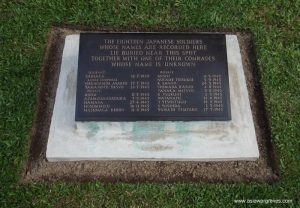 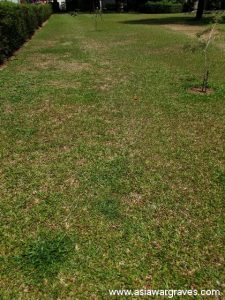 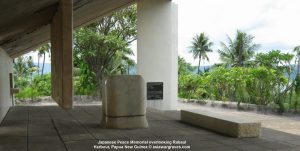 Whilst Walking to Kohima War Cemetery 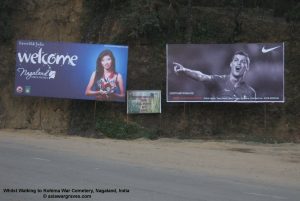